Navahrudak county was acquired in December 1842 from Grodno Governorate, Wilensky and Dzisensky counties were, in turn, transferred to Wilen Governorate. Since then and up until 1919, Minsk Governorate was administratively separated into the following counties: Bobruisky, Borisovsky, Igumensky, Mozyrsky, Minsky, Navahrudsky, Pinsky, Rechitzky, Slutzky. 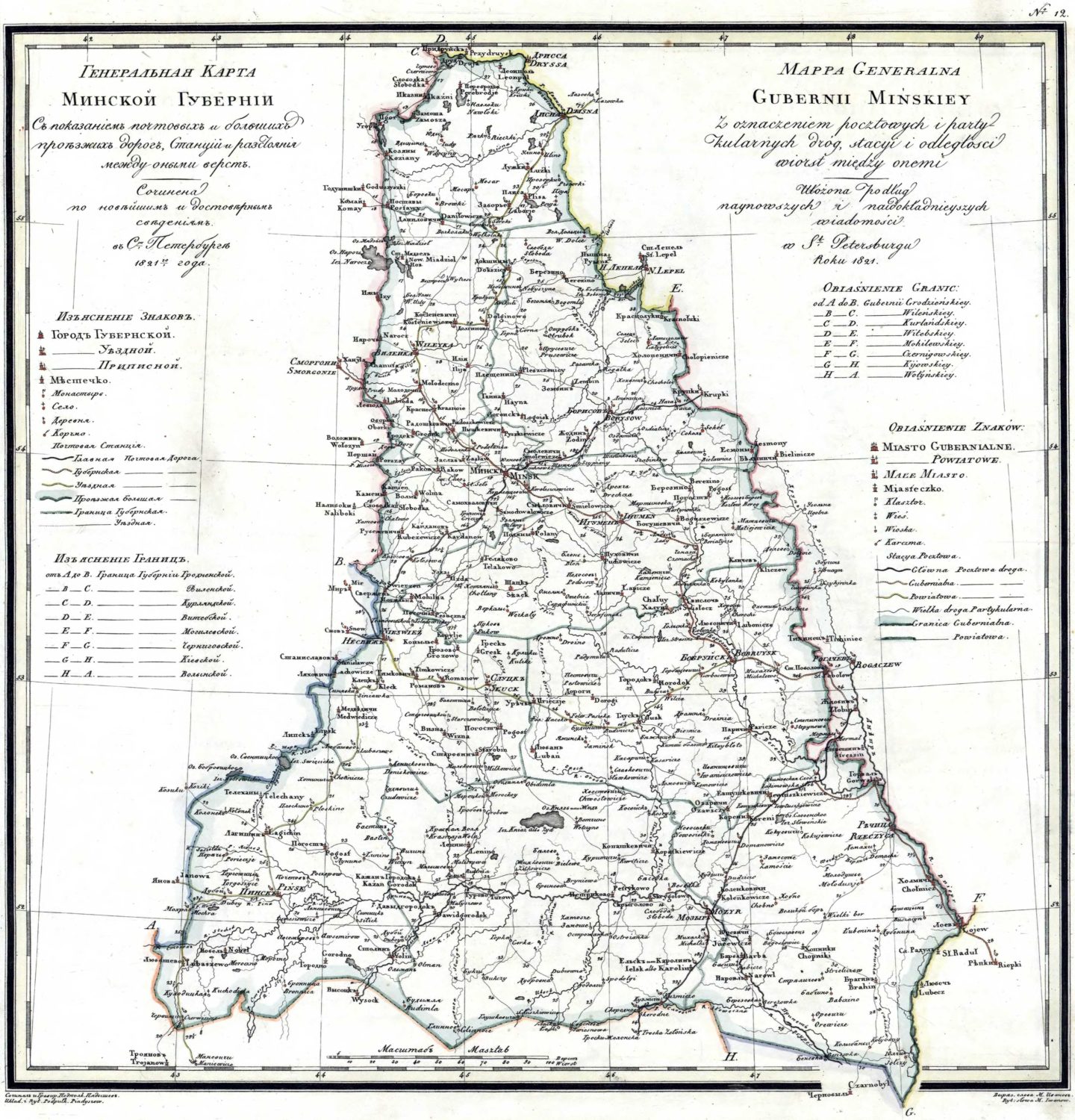