Wilno (Vilnus) Governorate existed, albeit with short-term discontuniations, between 1795 and 1920, on the territories that currently belong to Lithuania and Belarus.Wilno is its administrative centre. The Governorate was established after the Third Partition of Poland in 1795. Wilno Governorate consisted of 11 counties (uyezd/powiatów) by 1796 – Ashmyansky, Braslawsky, Wilkomersky, Zawilejsky (renamed into Święciański/Švenčionys in 1842), Kovno, Rosijensky, Troksky, Upitsky (now known as Poniewieżski/Panevėžys), Telshevsky and Shavelsky. For the most part it consisted of lands belonging to the former Wilen (Vilnus) Voivodeship of the Grand Duchy of Lithuania (GDoL), the following being: Wilensky (Vilnus), Zawilejsky (now known as Święciański/Švenčionys), Wileisky, Lidsky, and North-Western part of  Ashmyansky county. During the times of GdoL, Troksky county consisted of a separate voivodship. Dzisensky county belonged to Połock voivodeship. 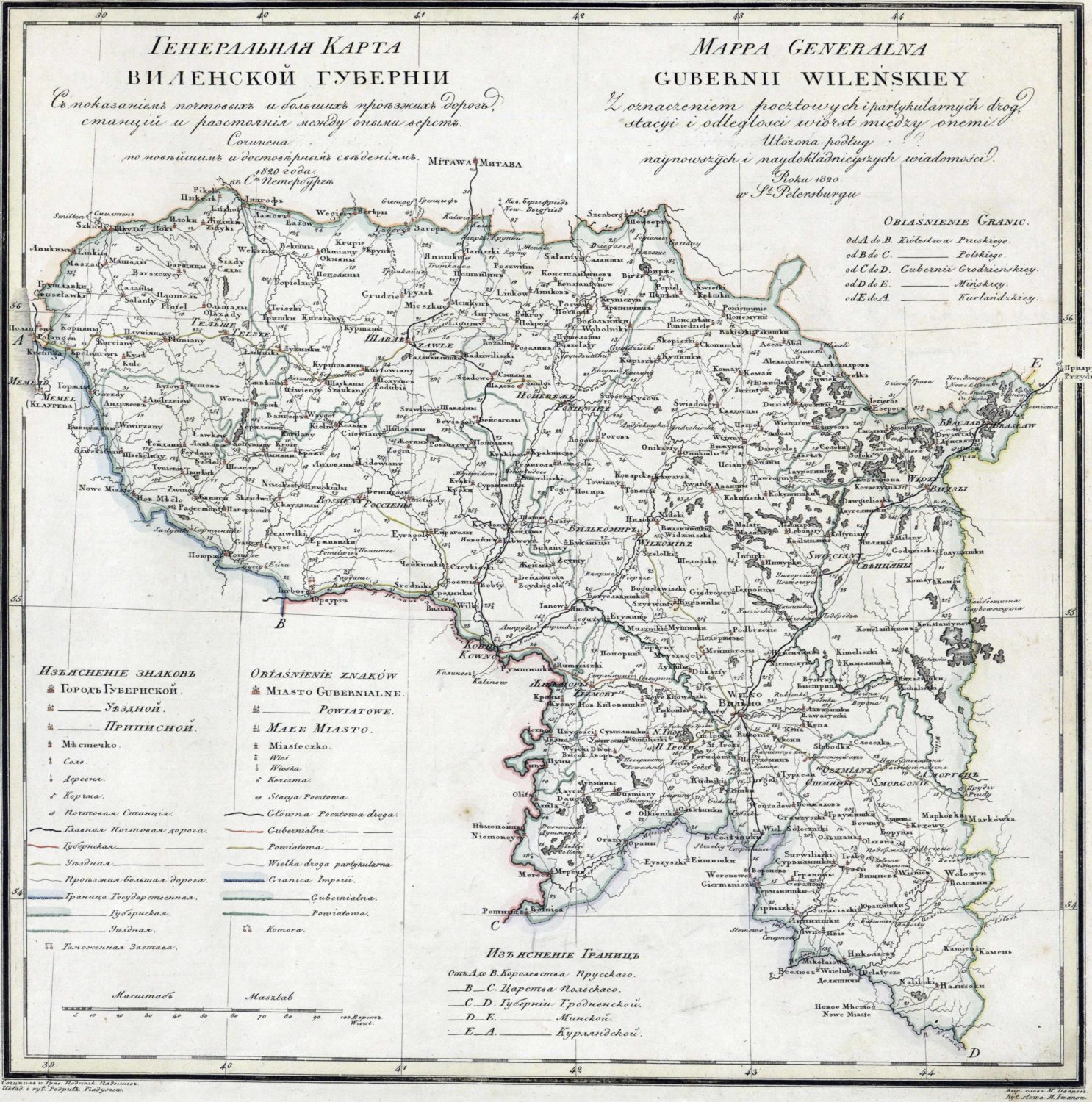