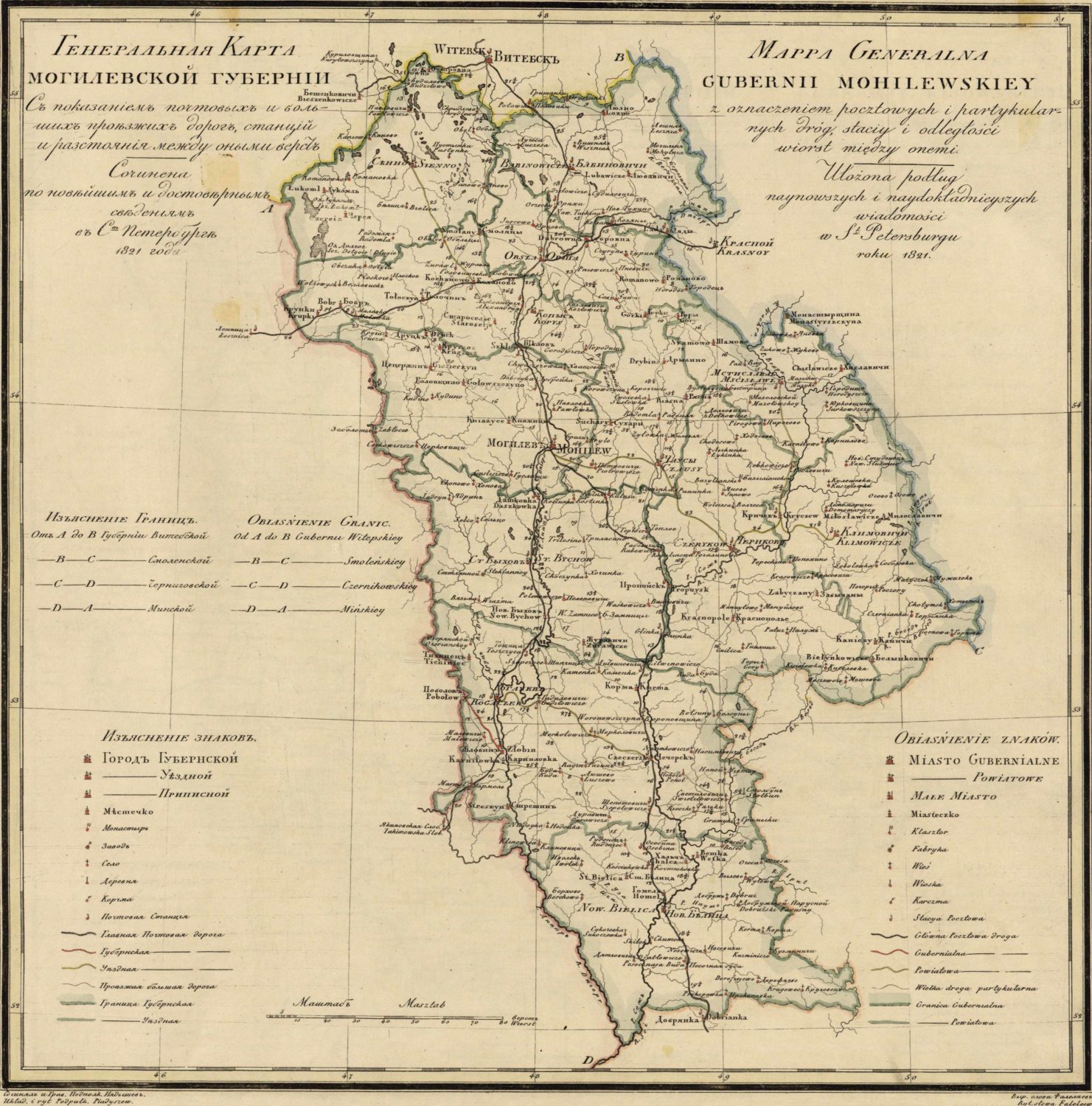 The Governorate was part of Mogilev Orthodox and Mogilev Catholic dioceses. By the end of XIX century there were as many as 804 Orthodox churches, 6 friaries and 5 nunneries, 30 Catholic churches, 2 Lutheranian churches, 29 Edinoverie and Old Believers praying houses, 340 synagogues and Jewish praying houses.